The Europe Forum in Turku was organised for the fifth time and 900 decision-makers, experts and citizens were discussing European matters on 24–26 August 2022. Over the three days, 45 high-quality programme sections were implemented with 40 programme organisers and 200 speakers. During the event, 3600 unique visitors visited live broadcasts. In 2023, the Europe Forum will be held from 30 August to 1 September. The theme will be transatlantic relations and relations between Europe and the United States.

All the Europe Forum 2022 event programmes can be viewed as video recordings on YouTube.

Return to the atmosphere of this year’s Europe Forum by watching the event summary video: Summary video 2022.

The Europe Forum in Turku is an event for discussion around the future of Finland and Europe. The event promotes open, science-based dialogue between citizens and policymakers.

The Europe Forum is a platform for civil dialogue about Finland’s current and future roles in Europe and the European Union from a long-term perspective. In the Europe Forum, people from different areas of life get to meet each other: decision-making politicians, non-governmental organisations, economic life, labour market organisations, specialists, and citizens.

Seminars, panel discussions, question times, and civil dialogue will provide a base for constructive dialogue about Europe and the meaning and development of the European Union. Encounters in the Europe Forum in Turku narrow the gap between decision making and the everyday life of citizens.

The majority of Finns consider the European Union membership a good thing and think that Finland has benefited from it. Cooperation between the EU countries, the union’s positive impact on economic growth, and the new jobs created by the EU make Finns keep the doors open to Europe. At the same time, almost a third of Finns regard the future of the EU with suspicion.

Finland and the European Union are in the middle of changes. These changes have increased the pressures to develop European cooperation in many fields. This raises a question: What will the EU look like in the future?

In the near future, there will be a need for broad and plural, future-focused civil dialogue on the position of Finland in Europe and the European Union. In order for this dialogue to be be possible, we need an open and fresh mind, a constructively critical attitude, and a willingness to offer new prospects for the development of Europe and Finland. This requires correct information about situations and possible solutions. The need for discussion is not only temporary, but permanent. 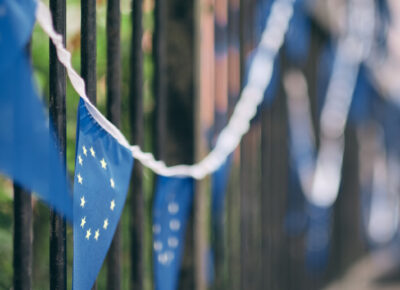 Live Here you can find recordings of the 2021 Europe Forum. Read more »
Program 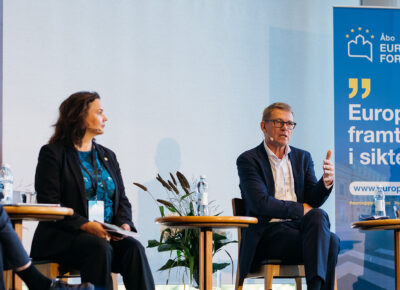 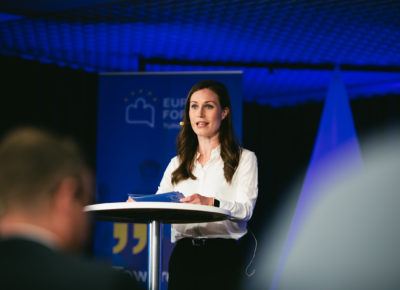